Slovenia at the 71st Berlinale

This year’s 71st Berlin International Film Festival is a “hybrid event”, taking place in two stages – the online presentation of the official programme for the film industry representatives will last from 1 to 5 March; while the audiences will be able to see the selected films live between 9 and 20 June.

Three Slovenians have qualified for the nineteenth edition of the Berlinale Talents, dedicated to discovering new film authors from all over the world: the producer Nina Robnik as well as the screenwriters and directors Darko Štante and Urban Zorko. These talents have been selected from among 3,000 applicants from 65 countries, while the motto of this year’s edition was Dreams.

After she graduated from the Faculty of Social Work, Nina Robnik focused on film and audio-visual production. Between 2008 and 2014, she participated in the production of advertisements and other audio-visual work for various production houses as well as produced independent live-action and documentary shorts. Since 2014, she has produced more than fifty short films as a producer at the Academy of Theatre, Radio, Film, and Television. In 2018, she worked on the live-action feature I Act, I Am as the executive producer; while in 2020, she produced the full-length fiction film Sanremo, which premiered in the same year at the Tallinn Film Festival. Both films were directed by Miroslav Mandić. She is currently taking part in the development of the live-action feature The Lost Son by the screenwriter and director Darko Štante, produced by the Stara gara production house. The funding for this project has been acquired in the context of the European MEDIA Programme and the Slovenian Film Centre, while the support of the RE-ACT Initiative (Regional Audiovisual Cooperation and Training) has been secured as well. In 2021, Nina Robnik is participating in the EAVE (European Audiovisual Entrepreneurs) international professional training for producers.

Darko Štante is a director and screenwriter of the younger generation. He graduated from the Faculty of Social Work and concluded his second-level studies of film directing at the Academy of Theatre, Radio, Film, and Television. He has worked as an assistant on various commercial projects for several production houses and participated in a variety of audio-visual projects as an independent filmmaker. His debut Consequences has received several awards, including the 2019 Štiglic Gaze Award for Exceptional Direction given by the Directors’ Guild of Slovenia and the 2018 Vesna Award for Best Direction at the Festival of Slovenian Film. On that occasion, the jury stated the following: “The comprehensive and solid direction guides the development of a story that simultaneously attracts and repulses us, excites as well as depresses us, and reveals the complex life of the today’s youth to the tiniest details. An extraordinary debut whose every piece is managed by the director surprisingly well.” The film was distributed in the French theatres and shown on the HBO Europe channels, the HBO Go platform, as well as on other film streaming platforms. Darko Štante is currently developing his next feature, which has also received development funding in the context of the European MEDIA Programme.

Born in Ljubljana in 1983, Urban Zorko is a film director and screenwriter as well as one of the key members of the EnaBanda production house. After graduating from the Faculty of Arts, he has made visible contributions in various media environments, later with an increasing emphasis on filmmaking – the industry that he focused on intensely during the last decade. His contributions in recent years include the full-length documentary Utopia in Green (2014), the award-winning live-action short Manhole (2016), the documentary Paragraph Nr. 1 (2018), the omnibus Short Deeds (2019), as well as the documentary feature Concrete Dreams (2020). He is currently developing a new full-length documentary film in cooperation with the Vertigo production house. He participated in the Sarajevo Talents 2020 and the Scenarnica 2020 screenwriting workshop, where he outlined the script for his current project, the live-action feature The Last Roast. Whenever his schedule allows it, Urban Zorko takes on theatre direction or engages in film journalism and literary writing. His works bring together his expertise in various genres and media. Regarding his work, he says that he is “...uncontrollably attracted by the absurdity and beauty that permeate the human dreams”.«

Another twelve upcoming Slovenian films, which are currently still in postproduction but should be finished in the near future, will also be presented to the accredited film experts at the online Berlin film market. These include the following: four live-action feature debuts – Riders by the director Dominik Mencej, Birdbreeder by Robert Černelč, Inventory by Darko Sinko, and Eva by Tijana Zinajić; three live-action features – Orchestra by the director Matevž Luzar, Deadlock by the screenwriter and director Vinko Möderndorfer, Once were Humans by the director Goran Vojnović; and five full-length documentaries, of these two debuts – Cent’anni by the directress Maja Prelog (debut), Reconciliation by Marija Zidar (debut), Skiing in Scarves by Haidy Kancler, Ganja Will Set You Free by the director Miha Čelar, and The Body by the directress Petra Seliškar.

For the sixteenth time, the Slovenian Film Centre – the main film institution in Slovenia – will present Slovenian films at a joint venue, this time virtual, together with the Czech Film Fund and the Slovak Film Institute under the common trademark CEC-Central European Cinema. 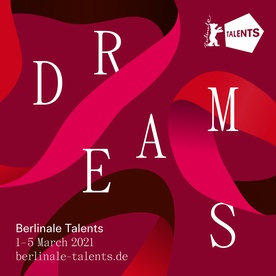 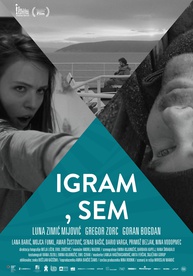 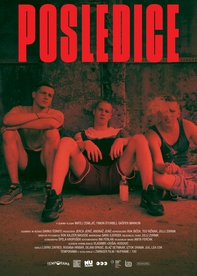 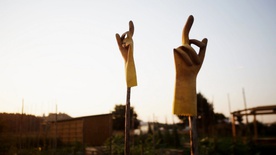 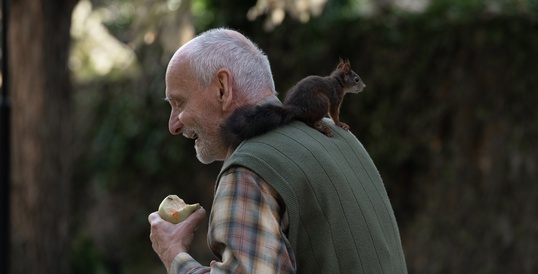