The Body inspires us to reflect on what is happening within our own bodies: while we might be in perfect control of our minds, our bodies might take surprising turns towards the unknown.

She – a piano student with a career of a fashion model – gives birth to a daughter. In the summer of 2004, they visit her friends in Macedonia during a month-long trip through the remote parts of Macedonian nature.
When she dives into the lake that day, in a lost region of the Macedonian mountains, She doesn’t intend to come back. She left behind her, on the bank, two friends, Petra and Brand, and a five-year-old daughter, Zoja. She dives, and she swims, and swims, towards the island that stands in the middle of the lake. And, while she’s swimming, she knows she doesn’t want to come back. Ever. Why? We don’t know, and it’s not up to us to say. Fifteen years later, Urška herself isn’t sure if she’s got the answer.
She remembers swimming for long. She used to be a great swimmer. She still is, actually. Then, she remembers reaching the island. Urška calls it the “Island of Snakes”, because of the myriads of snakes that live there. Water snakes, earth snakes, harmless or poisonous, the place belongs to them. She walked for a bit, barefoot, on the muddy ground of the island, then she sat down and stared at the lake shore.Why she finally came back, that, Urška knows: she couldn’t abandon her daughter. When she got pregnant at the age of 19, she knew she would be a single mother. “Abortion was never an option”, she writes in her diary. “What has a baby, little creature, to do with my sexual life?”. Actually, she had already decided, she writes, “once and for all”. So Urška swam back to the shore. On the DV camera pictures from that day (at the time, Petra was studying cinema and was already carrying her camera everywhere), you can see Urška get out of the water, and dry her blond, curly hair with a red towel. She’s smiling. Her body is beautiful – she was a model, at the time. She was a professional pianist, and a model, too. On other pictures from the same years, you can see her, crew-cut hair, in all the punk magnificence of a 24-year-old girl: a young woman from ex-Yugoslavia in the early 2000s, energetic and self-confident, gorgeous, talented, provocative and filled with humor. A young single woman who refuses fatality, and who has her whole life ahead of her. Two days later, the little band came back from that summer trip around the Macedonian mountains. The day after, Urška was falling into a coma. 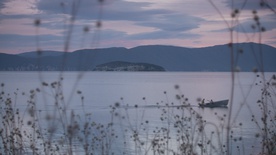 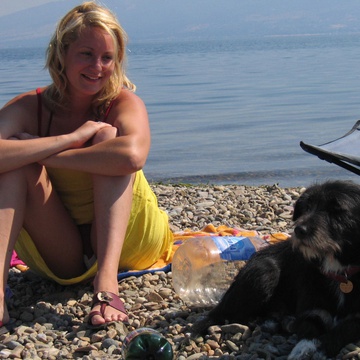 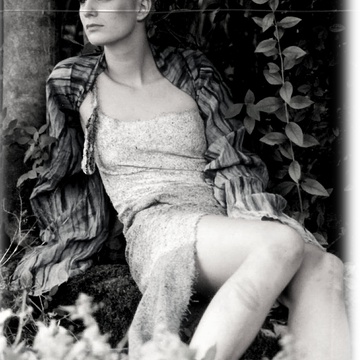