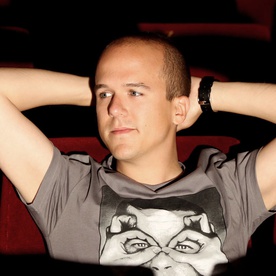 Nejc Gazvoda (1985) is the director, screenwriter, and novelist who received the Prešeren Award (the highest university recognition) for his diploma work in film and television directing, Fragma: An Ounce of Luck (2008). His feature debut A Trip (2011) has received awards at numerous international film festivals and was nominated for the Slovenian Academy Award. As a screenwriter, he participated in Personal Baggage (2009, J. Lapajne) and Class Enemy (2013, R. Biček). After the internationally acclaimed film Dual (2013), The Father Figure is his third feature film.