On Saturday, 26 February 2022, the shooting of the Slovenian live-action feature Observing by the director Janez Burger started in Ljubljana. The screenplay was written by the director and Srđan Koljević. This is Burger’s sixth feature film.

The 27-year-old Lara, an empathic paramedic intern, helps bring Kristijan to the hospital. Although he is in a coma, Lara starts to receive video clips from his Facebook profile, showing unidentified persons watching him get beaten. She reports this to detective Borut, who discovers that the observers were not present at the scene but watched a Facebook stream. When Lara realises that the observers keep dying one by one, Borut reassures her that it is all an internet scam. In one of the videos, Lara’s sister appears, and she dies after confessing to Lara that she has watched the beating as well. Lara wants to kill Kristijan, whom she blames for the deaths, but she fails to go through with it and suffers a breakdown. Kristijan nevertheless dies. When Lara receives a video of her watching the live Facebook stream, she realises that she too is an accomplice in Kristijan’s murder.

Observing, which will be filmed over an estimated 35 days in and around Ljubljana, Trieste, and Gorizia has received the financial support of the Slovenian Film Centre, Croatian Audiovisual Centre, RTV Slovenija, Viba Film Studio, North Macedonia Film Agency, Creative Europe – MEDIA, Friuli Venezia Giulia Film Commission, and the Italian Ministry of Culture.

Janez Burger was born in 1965 in Slovenia. He studied at the Faculty of Economics in Ljubljana and at the FAMU in Prague, where he graduated from film and TV directing in 1996. His films have won numerous awards at national and international film festivals. Burger, who is also dedicated to theatre and opera, lives and works in Ljubljana. 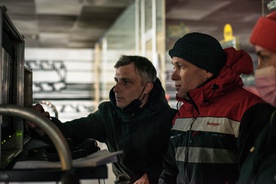 Marko Brdar, Janez Burger on the set of Opazovanje (s.d.). 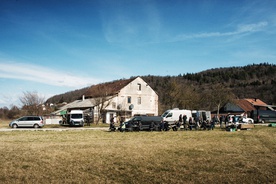 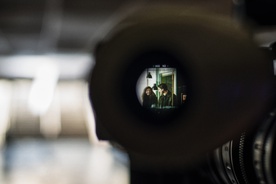 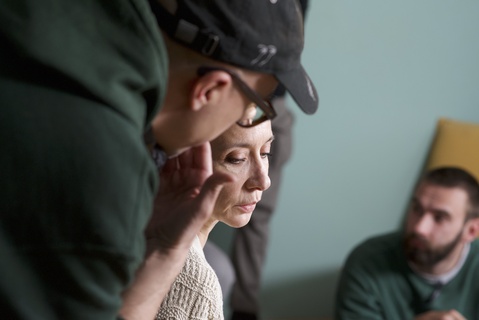 The shooting of the feature Father Figure by the director Nejc Gazvoda begins
April 20, 2022
News