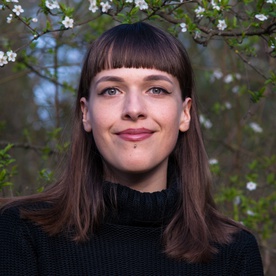 After her studies of illustration, Lea Vučko turned her focus to animation. She has worked as an animator on projects including: Prince Ki-Ki-Do (2015, Ozor), Weasel (2016, Invida), puppet play Somewhere Else (2017) for the Ljubljana Puppet Theatre, and Špela Čadež’s Orange Is the New Black – Unraveled (2017, Finta), a project commissioned by Netflix. During this time, Lea also co-directed and animated a couple of site-specific projects that were selected for the section of Animafests’ Animation Goes MSU, called Petris (2016), Spring Cleaning (2017), as well as a commissioned project for an exhibition at the Museum of Nova Gorica (2018). Lea is the co-founder of Octopics animation studio.