On Our Own Land

The story is set in the western (Littoral) district of Slovenia, during the last two years of the liberation struggle. A typical Slovenian village survived first the Italian Occupation (since the Treaty of Rapallo after the First World War) and then the German one. To its inhabitants, all of them Slovenes, the struggle means a chance to liberate themselves from underneath the foreign rule. The film is on the one hand a war film about the partisan struggle, and on the other the villagers who were practically all supporters of the liberation struggle. 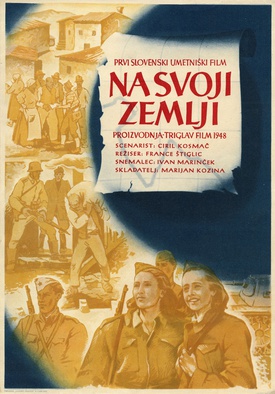