The fifth programme of the Miha Vipotnik retrospective was supposed to take place at the Slovenian Cinematheque theatre. Due to the lockdown it has been moved online! More on the artist and his works can be found here.

Join us at the online screening of 5 experimental art films. Curated by Barbara Borčić and Peter Cerovšek the program was organised by DIVA Station/SCCA-Ljubljana and The Slovenian Cinematheque in collaboration with Slovenian public TV (RTV Slovenia).

Miha Vipotnik is a painter and film director who has decisively marked the Slovenian cultural milieu with his interdisciplinary practice.

The May programme with works from 1988 to 2004 demonstrates how experimental practice can also occur where we least expect it. As a parallel product in collaboration with an art project, as a document of an interactive multimedia installation, which itself performs an experiment, or as an experimental and polemical narrative of film making, interwoven with music that by its musical procedures broke the norms that had hitherto been accepted. The procedural nature of narrative and experiment, which in a poetic way triggers a series of associations, is thus also characteristic of Vipotnik's interpretation of the play scenes. The camera paused and mounted the image is his distinctive creative technique, the author's signature of his experimental audiovisual practice. In addition, he constantly tests the boundaries of space and medium and imposes new features on it.

No. 1 – A video sketch of the performer Dee McMillan and her project Log On poetically discusses the undeniable human freedom of creation. An insignificant sound from the background triggers a flow of associations and changes the course of editing. The banality of electricity cable is erased with a metaphor of umbilical cord and at the same time the cable defines the duration of the video.

No. 3 – The mechanical measurement of time presented by a non-functioning clock is the background for the circling of the camera, and thus for the measuring of time. Noises of hammering and of editing procedures are heard in the background. The circling of the camera rhythmically cuts the frozen image. The suspense is growing and the image changes into a female body with the sounds from the background. A movement of the prone body, like the stretching of a ballerina's legs, gives the impression of lightness, which is emphasised by the upside-down shot and the rhythm of the camera, and accompanied by the heavy sound of an iron drawer closing.

Documentation of the shooting of a video film by George Kuchar: sequences of incidental shots from the backstage, edited directly in the camera.

The documentary video presents an interactive multimedia visual-audio installation by Miha Vipotnik (Grand Atrium and Gallery, Eurocenter, Ljubljana, 2004). It consisted of a large lantern with the digital composition (20x9 m, double-sided printing on a translucent screen), stage elements, computer print and video projection on the walls of the gallery, light sensors, interactive sound program for the atrium, gallery, and elevators, sound composition from excerpts from Gustav Mahler's symphonies and real sounds from the environment. Viewers moved through space between countless light sensors and interactive audio programs.

The work was made in 2001 and 2002 marking the centennial of Giuseppe Verdi's death. The power of destiny is an experimental and polemic story about the making of a film intertwined with music by the Italian giant of classical music Verdi and his contemporary Wagner, who demolished the until then accepted norms with his musical procedures. The film itself also provocatively questions high and popular art, opera, and film, creating a relationship which through the questions about film language refers to Slovene TV production and it's dilemma (the dilemma of a producer) about popularity and the demand created by ratings on one side and the artistic programme, which satisfies high aesthetical measures (the rapture of Wagner-like screenwriter) on the other.

This event is hosted by FilmotekaxThe Slovenian Film Database

© All works available through this event are copyright protected. Please repsect the artists and the law.

Faces of Analogue / Quantisation of Red 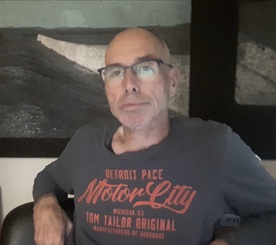 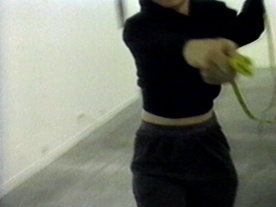 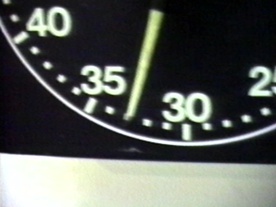 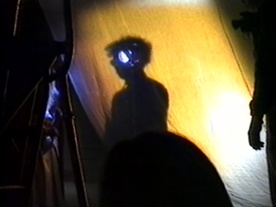 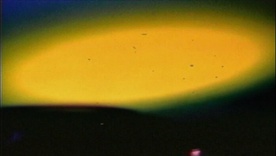