A partisan story featuring children in the lead roles. Two partisan miners are entrusted with the task of honor to transfer safely three orphan children from a dangerous zone of fighting to the safe liberated territory. At the beginning the two miners feel humiliated, because they would like to engage in a more important action, but later they become big friends with the children, especially with Peter, the youngest one, who is the principal reason for all comic or tender scenes. 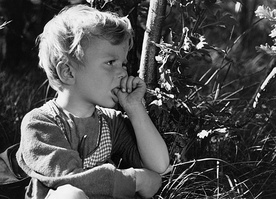